New Research on the Protective Effects of Peak for Her

Background: Gynecological cancers are among the most common in women and are directly related to a variety of hormonal factors. One potential risk factor associated with developing a gynecological malignancy is the ratio of two hormone metabolites, 2-Hydroxyestrone (2-HE) and 16alpha-Hydroxyestrone (16alpha-HE). A number of botanical constituents such as indoles, flavonoids, and resveratrol have been shown to have a favorable effect on the metabolic pathways that affect this ratio. The present study was designed to evaluate if a multi-nutrient supplement containing targeted botanical constituents would affect the 2-HE/16 alpha-HE ratio in middle-aged women.

Methods: A retrospective analysis was performed on 76 female patients (mean age 54 years) who received 2-HE/16 alpha-HE ratio assessments at two separate time points. The ratio assessment was part of standard care for women who presented with risk indicators associated with a high proliferative state. All patients who completed pre and post assessments were included. Sixty-five of the patients received a multi-nutrient supplement, Lucentia Peak®, during the study period. Eleven patients chose not to take the supplement, but did receive ratio assessments at similar time points as the treatment group, allowing for between group comparisons. Paired t-tests were used to compare the changes in the 2-HE and 16alpha-HE measures as well as their ratio, both within groups and between groups.

Conclusions: The results demonstrated that women receiving the Lucentia Peak® multi-nutrient supplement had significant increases in their 2-HE:16alpha-HE ratio, which appears to be mediated primarily by increasing the 2-HE levels. These results suggest further research on phytonutrients that might positively affect estrogen metabolism is warranted. 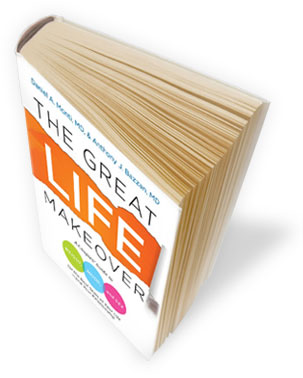 Resveratrol is one of nature’s most beneficial and powerful substances to maximize your health and longevity – and it’s a key ingredient in PEAK Products!

There has been recent enthusiasm among health researchers and medical experts about Resveratrol. We’ve also received numerous inquiries about resveratrol, which is why a description of it is in the book, The Great Life Makeover, recommended reading for healthy age management. Even since the recent publication of the book, new research has emerged and many people continue to be unclear about what Resveratrol is and how it may play a role in health and wellness. Below are answers to common questions.

What is Resveratrol?
Resveratrol is a phytoalexin – a substance secreted by plants as a defense against pathogens (i.e. the organisms that cause disease). Resveratrol is found naturally in grapes, cranberries, blueberries, bilberries, peanuts and Japanese knotweed. It was discovered in the 1940s, but did not become famous until the early 1990s when it was found to be one of the heart-healthy ingredients in red wine.

There have been several media statements about Resveratrol’s anti-aging effects, what is that all about?
Studies have shown that resveratrol may have neuroprotective qualities that promote longevity and maximize cognitive function during the aging process. Sirtuins (SIRTs) are proteins that are distributed in all organisms. It is believed that resveratrol activates SIRT 1, which regulates longevity in many model organisms and is involved in several processes in mammalian cells including cell survival, differentiation, and metabolism.

Can Resveratrol lower my risk of getting cancer?
The answer to this question is unknown, but Resveratrol has most recently been discussed as a promising phytonutrient for cancer prevention. While current human research is underway, most completed research studies have taken place in vitro or on laboratory animals. What is exciting is that these studies indicate that Resveratrol causes apoptosis, or programmed cell death, in cancer cells of test mice and rats. Furthermore, other laboratory studies suggest that resveratrol might enhance the effects of chemotherapy in several cancer types.

Are there any potential health benefits of Resveratrol specific to men?
Resveratrol inhibits aromatase, a key enzyme in fat cells that promotes the formation of estrogen. This is important for men because excess estrogen in men can cause feminization effects, diminished sexual ability, body weight distribution changes, and also increased risk of prostate cancer.

Are there any potential health benefits of Resveratrol specific to women?
Preliminary studies have suggested that resveratrol may have a protective effect against breast and possibly ovarian and uterine cancer. Other possible benefits like longevity, lean body weight, and better sugar metabolism are important for both women and men.